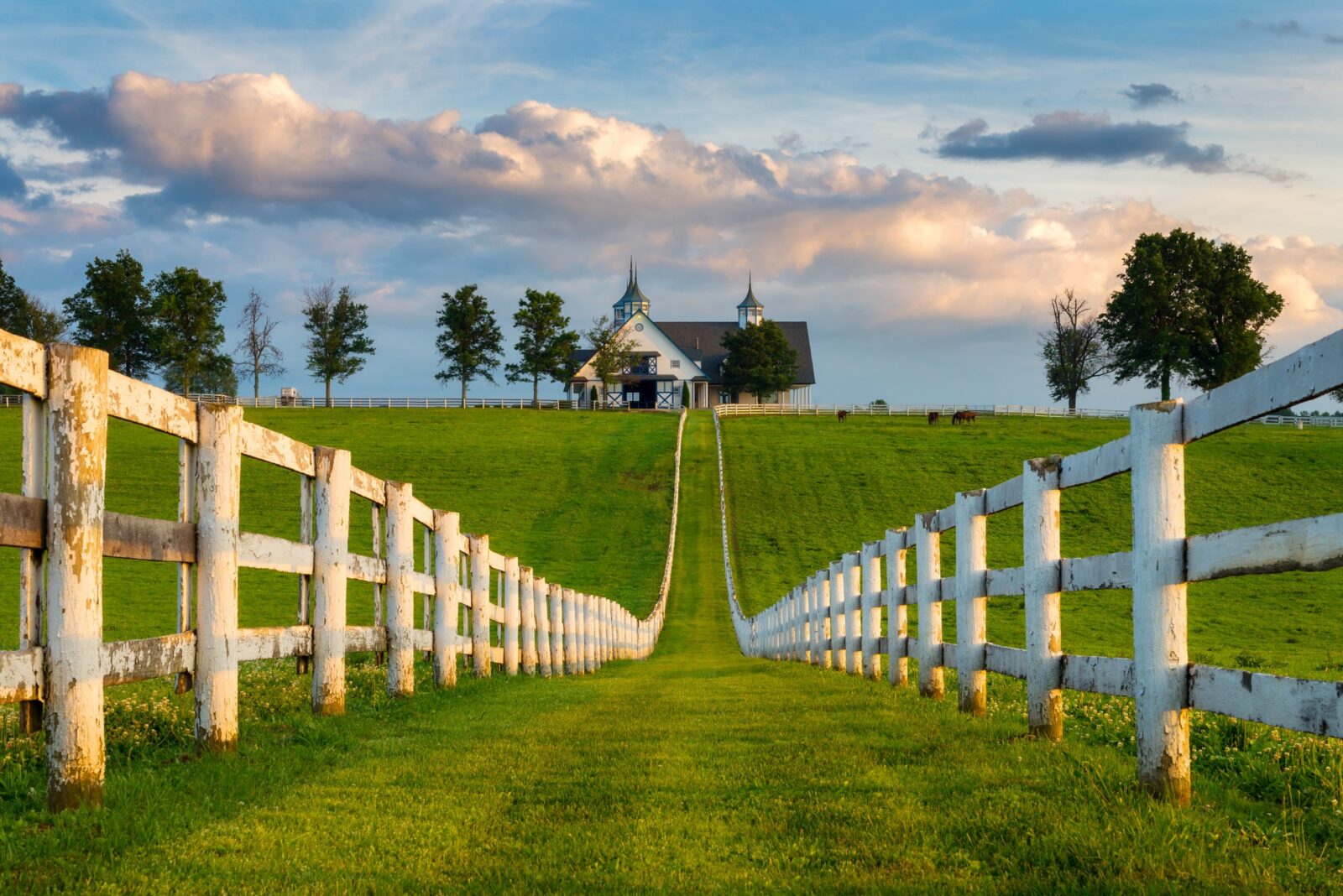 WHAT DOES THE DESIGNATION “ELITE”
MEAN FOR KENTUCKY BLUEGRASS?

A Kentucky bluegrass variety can only be designated as “Elite” if it possesses these five characteristics:

The biggest weakness of Kentucky Bluegrass is it‘s slow rate of germination and establishment. Typically is takes 3 to 4 weeks to get a good stand of seedling turf. Also, bluegrass tends to perform poorly during the hot summer months, when growth slows down and it is subject to summer “patch” diseases.

Bluegrasses are best used in blends and mixtures. By blending different varieties, a maximum genetic diversity can be obtained. Mixing bluegrass with improved (or turf-type) perennial ryegrass also expands the genetic diversity. Bluegrass blends should be planted at 2-3 lbs. per 1,000 sq. feet. Blue / Rye mixes should be seeded at 4-7 lbs. per 1,000 sq. ft. Higher seeding rates result in quicker establishment and better weed control, but extra care has to be taken because ‘too high’ can lead to a weaker stand of turf susceptible to disease pressure. Early fall seeding is ideal, with spring seeding second best.

Normally fall fertilization should be emphasized in managing bluegrass turf. Light fertilizer application in late August and September followed by a heavier application of fertilizer in October is a good guideline. Spring applications should be light to slow down excessive top growth. Bluegrass turf should receive 3-5 lbs of nitrogen per 1,000 sq. ft. per year.

Perennial Ryegrass is an extremely popular turfgrass for Michigan and the Midwest. This most versatile of grasses has a place in most premium lawn seed mixtures.

The strengths of improved Perennial Ryegrass are as follows:

Although Perennial Ryegrass is excellent turfgrass, it does have a few weaknesses. Namely, it is a bunch grass and doesn’t spread like bluegrass, tends to be aggressive when mixed with bluegrass and fine fescue, has only fair shade tolerance, and doesn’t perform well under low fertility.

Perennial Ryegrass can be seeded anytime but late summer to early fall is the best time, with spring being second best. Seeding rates from 5-7 lbs. per 1000 square feet are recommended with the higher rates useful for the quickest possible establishment.

Perennial Ryegrass can be used alone or in an improved blend, or it can be mixed with Kentucky bluegrass and fine fescue. A bluegrass-ryegrass mixture is particularly desirable because they complement each other so well on color, disease resistance, and traffic tolerance. Mixes with fine fescue are good for lower maintenance conditions. 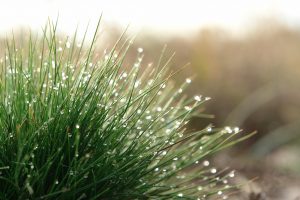 The Fine Fescues are widely used in Michigan and the upper Midwest for shady areas and for lower maintenance situations.

There are four sub species of Fine Fescue that are used as turfgrass. They are:

Creeping, Chewings, and Hard Fescue are usually mixed with Kentucky Bluegrass and Perennial Ryegrass to provide high quality and versatile seed mixtures that are adaptable to any situation.

Fine Fescues grow more slowly and require about half the nitrogen of bluegrass or ryegrass. They also like acid soils and don’t need lime. Light fertilizer applications in the fall and spring are best. Keep summer applications of fertilizer and water to a minimum.

All Fine Fescues are considered medium in germination time (2-3 weeks), and establishment (approximately halfway between bluegrass and ryegrass). The normal seeding rate is 5-6 lbs. per 1000 square feet. Fine Fescue seedlings are sensitive to traffic and wear so avoid use until they’re established. 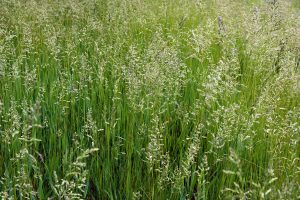 The improvement of Turf Type Tall Fescue has played a major role in the upgrading of Midwestern Turf. Until just 10 or so years ago, the old pasture grass called “Kentucky 31” (Developed in Kentucky in 1931) was the major variety. Advances in breeding have since made KY31 obsolete for improved turf and we now have many great new varieties to choose from. KY31 and Fawn varieties are still used in erosion control situations where aesthetics are not a factor.

These turfgrasses have the best heat and drought tolerance of any cool season grass. They will remain green and growing long after ryegrass, bluegrass, or fine fescue has gone dormant. Also, improved tall fescues require less fertilizer and water than other species and have better adaptability to low fertility and high or low pH soils. Tall fescue is also a very tough grass and has excellent wear tolerance once well established.

Tall Fescue is great on it’s own but can also be mixed with less aggressive bluegrasses on a 90% tall fescue, 10% bluegrass basis. If ryegrass is desired in the mix, use a 70% – 20% – 10% mix of tall fescue, perennial ryegrass, and Kentucky bluegrass respectively.

Tall Fescue does have weaknesses. It is not as attractive as Kentucky Bluegrass or Perennial Ryegrass, and it does not spread quickly like bluegrass. Also, in hot humid areas it may get Pythium or Brown Patch Disease.

A seeding rate of 6-10 lbs per 1,000 square feet is recommended for tall fescue. Establishment time is quite rapid (i.e. 2-3 weeks), but avoid putting traffic on the new stand for several months at least.

Fall fertilization is excellent for tall fescue. It helps recover the turf from any summer damage and strengthens the turf for the winter and spring months. Keep spring fertilization low to avoid too rapid growth, and fertilize only is really needed in the summer. 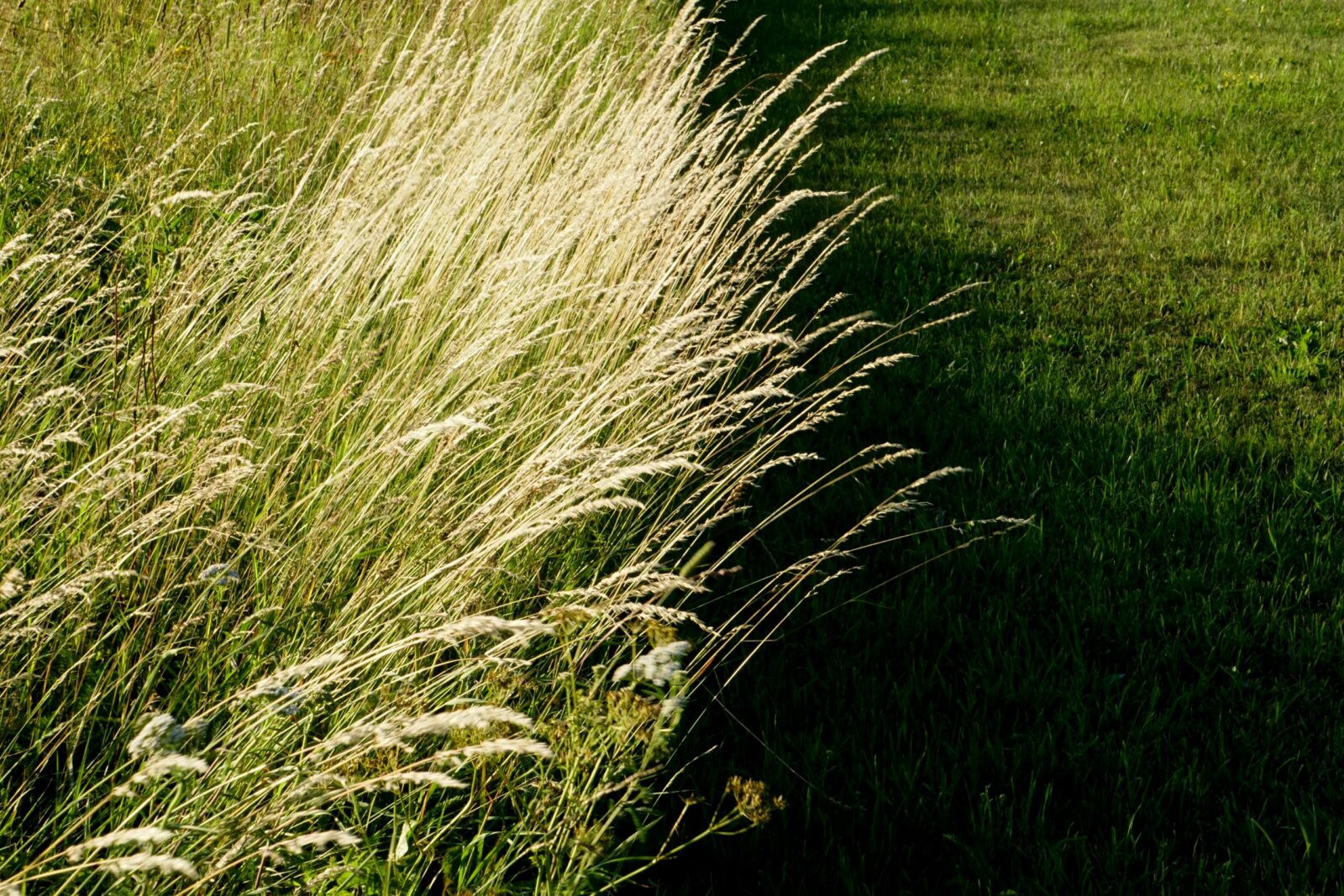 Bentgrass is a specialty turfgrass in that it is generally used for golf course settings . . . greens, tees, and fairways. It is a very ‘high maintenance’ type of grass. It requires special management practices as it is more susceptible to disease pressure, and needs to be maintained (cut) very short. It is not recommended for lawn use.

Bentgrass is a perennial grass that spreads by rhizomes and stolons. It is not tolerant of dry conditions, nor shaded environments. Thus, again, it is not recommended for lawn use.

The seeding rate for bentgrass is 1/2 to 2 lb per 1,000 square feet as the seed size is very small. It is never recommended to mix bentgrass with other types of grass for ‘lawn use’.

‘Redtop’ is a type of bentgrass that is used primarily in erosion or some pasture mixes for wet or low land applications. It is normally not used in premium lawn or turfgrass situations.